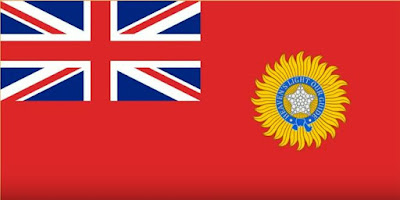 Tony Norfield, 24 July 2018
[1] The points below focus on Indian troops, but one should note that the British also used African troops and Chinese labourers in their war efforts. France also made great use of its African colonies. A good book detailing these points for the First World War is David Olusoga’s The World’s War: Forgotten Soldiers of Empire, Head of Zeus, 2014.
[2] This, the later quotation, and most of the information on Indian troop numbers, are taken from Srinath Raghavan, India’s War: the Making of Modern South Asia, 1939-1945, Penguin, 2017. For the post-1945 period, also see Christopher Bayley and Tim Harper, Forgotten Wars: the End of Britain’s Asian Empire, Allen Lane, 2007. A good online source for the history is here.
Posted by Tony Norfield at 12:00 pm 1 comment:

With the British ruling elites tearing themselves apart over foreign policy these days (regarding the European Union), I thought I would take a brief look back into happier times. Here are some choice quotations from major politicians and newspapers that stressed how much Britain’s position in the world produced big benefits.
First, Winston Churchill in April 1929. He is talking in Parliament about the City’s revenues, and its role as a global broker, as well as the big returns on British foreign investments:
“The income which we derive each year from commissions and services rendered to foreign countries is over £65,000,000, and, in addition, we have a steady revenue from foreign investments of close on £300,000,000 a year, 90 per cent of which is expressed in sterling. Upon this great influx there is levied, as a rule, the highest rates of taxation. In this way we are helped to maintain our social services at a level incomparably higher than that of any European country, or indeed of any country.”
Note that both kinds of revenue do not all come from the colonies, at least not directly, and most will have derived from transactions with and investments in other major countries. Nevertheless, such revenues were important for social services even before the post-1945 ‘welfare state’. I give an updated, contemporary assessment of these in my book, The City.
After 1945, the British Empire was somewhat diminished, as was its investment and dealing revenues. However, these remained important. As Ernest Bevin, the Labour Foreign Secretary, put it to the House of Commons in February 1946, stressing the importance of imperial stability as well as the revenues coming from the Empire:
“When I say I am not prepared to sacrifice the British Empire, what do I mean? I know that if the British Empire fell, the greatest collection of free nations would go into the limbo of the past, and it would be a disaster. I know, further, it would mean that the standard of life of our constituents would fall considerably.”
This concern about the ‘standard of life’ of British constituents was a key point for Labour’s social imperialism, and tallied with the views of the arch imperialist Churchill.
The importance of the Empire was also stressed in major UK newspapers at the time, for example in noting how US dollar-based earnings from the exports of commodities from Malaya (later Malaysia) were important for keeping Britain’s Sterling Area financial system in place:
“It is Malaya’s dollar earnings which keep the sterling area afloat.” (Manchester Guardian, 13 December 1950)
and
“Malaya is Britain’s biggest source of American dollars.” (The Times, 9 June 1950)
Malaya, of course, did not have access to these dollars, which were deposited in London, and from which, in general, only the UK and the ‘white’ dominions could draw. Malaya saw its funds translated into (depreciating) sterling and had to use this sterling to buy British goods.
Professor W Arthur Lewis summed it up in a Financial Times article, ‘The Colonies and Sterling’ in 1952:
“Many Colonies must sell their produce to Britain at prices below the world price, and, through exchange control, must buy from Britain at prices above the world price, or pay an ever-increasing sum into the Bank of England, because Britain will not deliver goods in return for what she receives.
“Britain talks of colonial development, but on the contrary, it is African and Malayan peasants who are putting capital into Britain. … The British colonial system has become a major means of economic exploitation. …
“The Colonies are exporting far more than they import, and are building up large balances. They cannot get all the imports they need, especially of capital goods, and their development programmes are in consequence retarded. They are in effect paying Britain for goods which she does not deliver.”[1]
His only error in this was to say that the colonial system ‘has become’ a major means of exploitation, whereas it had always been one. Other examples of Britain’s colonial exploitation post-1945 are given in my articles on Labour’s colonial policy and on how the welfare state was funded in 1945.

Tony Norfield, 18 July 2018
[1] Cited in R Palme Dutt, The Crisis of Britain and the British Empire, Lawrence & Wishart, 1953. The Manchester Guardian and Times quotations are also from Dutt. The remainder are from Hansard.
Posted by Tony Norfield at 6:50 pm 1 comment: