Lenin stayed in London during 1902-03, using the time to write for and edit Iskra, while also studying in the British Museum library, riding around on buses, learning English and trying to avoid proletarian food. An address he stayed at was 30 Holford Square, WC1, in Islington, while he also worked in the office of a socialist publisher in Clerkenwell that is now the Marx Memorial Library at 37a Clerkenwell Green, EC1.*
Holford Square was bombed during the Second World War, and the building in which Lenin once lived no longer survives. What does survive, however, is a commemorative bust of Lenin that in 1942 the Soviet Ambassador to the UK, Ivan Maisky, unveiled in the square, facing number 30. This was a time when Britain’s relations with the Soviet Union had thawed, following Germany’s breaking of the German-Soviet Non-Aggression Pact with Operation Barbarossa in mid-1941. With Russia now an ally in the war, it was time for Britain to be friendly. Nevertheless, the memorial to Lenin was repeatedly vandalised and it had to be moved.
Russian émigré architect, Berthold Lubetkin, was commissioned to build a block of flats on the bomb-damaged site for working class accommodation. It was an ambitious and effective design, although its scope was later limited by lack of sufficient funding. The name for the block was going to be the Lenin Court, but the Cold War had made this impossible by the time it was opened in 1954. Instead it was named to commemorate the pugnacious, pro-imperialist, anti-communist Labour statesman, Ernest Bevin, who had died in 1951.
Here is a link to a Pathe News report on the 1942 Lenin commemoration at Holford Square, with a hilarious upbeat, upper class commentary.
This is the Lenin bust, now held in the Islington Museum, St John Street, EC1: 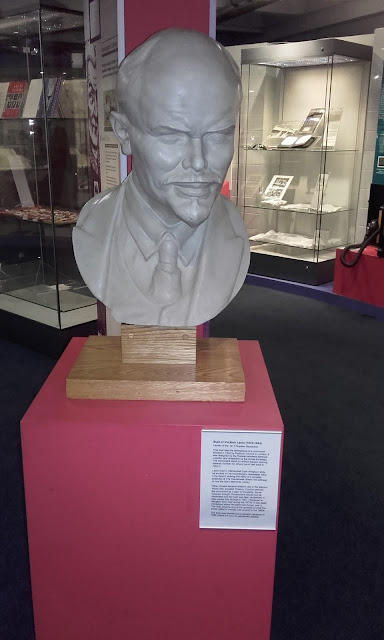 This is Bevin Court today: 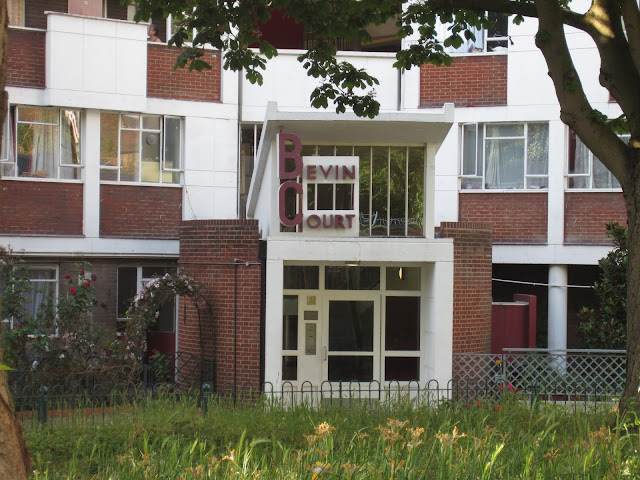