These are some of the better books I have read in the past year, and ones to look for if you want to find out about … 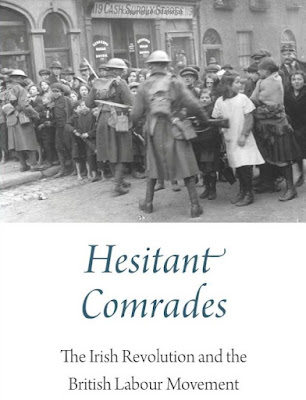 The British Labour Movement and Ireland

Geoffrey Bell, Hesitant Comrades: The Irish Revolution and the British Labour Movement, Pluto Press, 2016
This book is an interesting study that undermines the notion that the British labour movement was ever progressive when faced with a challenge to British imperialism. Its focus is on Britain and Ireland in the early 20th century, and it shows there was only some limited support for Irish freedom from British rule in British cities where there were many Irish workers. Neither the mainstream workers’ organisations, nor the more radical ones, took up the issue in any substantial way. This leads Bell to his book’s title of ‘hesitant comrades’. The Catholic Herald summed it all up in March 1920: ‘Ireland is in the throes of a national agony, a victim of merciless militarism, and British Labour remains quiescent and inactive’ (p. 218).
William O’Brien of the Irish TUC and Labour Party had made a similar point a year after the 1916 Easter Rising. Addressing delegates at the Leeds Convention in 1917, he said: ‘In Ireland you have a small nationality at your door which is demanding the right of its own life, … I gather from reading some of the capitalist papers that revolution is popular nowadays. Twelve months ago you had a revolution in Ireland. The papers and politicians that acclaimed the revolution in Russia did not acclaim the revolution in Ireland whose leaders were taken out and shot like dogs’ (pp. 217-218).
Even Sylvia Pankhurst’s Workers’ Dreadnought sidelined the issue of Irish freedom from political oppression by belittling the Sinn Fein-supporting nationalists. It promoted hopes for the class struggle instead. It is tricky to follow the development of inconsistent comments by labour movement radicals. But while some, like the Communist Party of Great Britain (CPGB), ended up being more ‘theoretically’ correct, they still did next to nothing about the issue, or even wrote much about it.
All the workers’ organisations wanted to avoid the question of sectarianism in Ulster, which was replicated in the working class in Liverpool, Glasgow and elsewhere. Confronting sectarianism would also have caused problems for the trade unions. So they blamed sectarianism on Unionist politicians, like Carson, and on the British Government, and downplayed the material basis for the support of anti-Catholic policies among the Protestant-Loyalist working class.
In the second half of 1921, after anti-Catholic pogroms by the Ulster Loyalists, CPGB member William Paul, in his pamphlet Irish Crisis, said: ‘The peculiar psychology of Orangeism … with its fierce and violent hatred against its enemies will be easily diverted against a capitalist class during a revolutionary crisis. It was Carson who taught them how to arm against the status quo … When the workers move against Capitalism, the revolutionary movement of Ulster will have good reason for thanking Carson for his magnificent work’ (p. 191). This view rested on the delusion that somehow the loyalist workers’ ‘fierce and violent hatred’ towards Catholics would be overcome in a ‘move against Capitalism’. It dishonestly used the mirage of future workers’ unity to avoid dealing with the ugly reality of the day.
The left sometimes recognised how Ireland’s struggle was a political embarrassment. For example, in June 1920 the British Communist paper, The Call, said: “The suppression of Ireland is one of the world’s great crimes; the silence of Englishmen is one of the tragedies” (p. 111). But despite this, and other, similar statements by the CPGB in 1920-21, they did little about it. To say the least, they would have scored few points when measured on the Bolshevik reckoning of how many Communist supporters had been imprisoned for their agitation on Ireland. 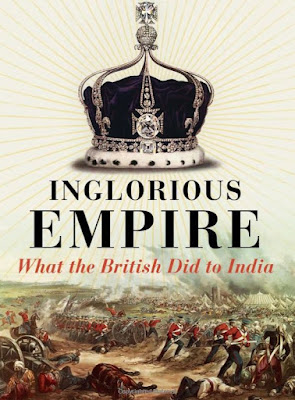 The British and India

Shashi Tharoor, Inglorious Empire: What the British Did to India, Hurst & Co, 2017
Tharoor is an Indian politician, and a good polemicist. Two points stood out for me in this well-written book. Firstly, he does a good job of confronting Niall Ferguson, the historian and apologist for British (and American) imperialism, on the subject of India. This illustrates how a polemic can provide a useful theme for guiding the exposition of an argument.
Secondly, and for me the most interesting parts of the book, were not where he detailed how the British destroyed the Indian textile industry to promote India’s imports of British textile products – often woollen clothes that were completely unsuited to India’s climate. This has been covered many times by others. The new point for me was where he showed how British domination undermined India’s commercial shipping sector and its shipbuilding industry, an industry that, at the time, was at least as advanced as the British one. This resulted from British commercial power, setting the rules on what ships could be used between British controlled ports and also who could run that business. Commercial power is often greatly underestimated by those who focus only on industry, and these examples help explain more fully Britain’s exploitation of India. 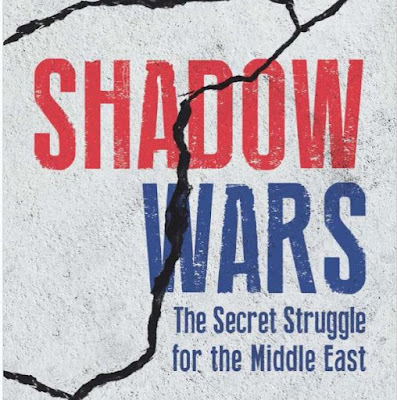 Machinations in the Middle East

Christopher Davidson, Shadow Wars: The Secret Struggle for the Middle East, One World, 2016
This book is a good, easy to read, although lengthy review of events in the Middle East and Northern Africa. It will help a lot in understanding the background to present day news stories, since it details the actions both of the major powers – the US, Britain and France in particular – and of the different political groupings in the region. There is a welcome coverage of countries from Nigeria, to Libya, to Saudi Arabia, Syria and Turkey, with comprehensive information on the supporters of ISIS, Al-Qaeda, Al-Nusra, Boko Haram, etc.
Davidson has incorporated a mass of material into the book, providing some important details that even close observers of these events are likely to have missed. His 2,500 footnotes are encyclopedic, even to excess, covering 121 of the near-700 pages, but they do give useful documentation for anyone doing research on these issues. However, although in many places the book gives a useful summary of the relevant historical background, its disadvantage is that it reads more like an extended news review. This is at the cost of giving a more theoretical assessment of what is going on and explaining how this results from the latest phase of imperial disintegration. 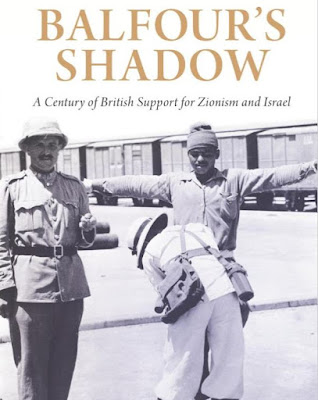 David Cronin, Balfour’s Shadow: A Century of British Support for Zionism and Israel, Pluto Press, 2017
This book does what it says in the title, and reviews British government policy towards Palestine and Zionism from the time of the Balfour Declaration in 1917 up to the present day. There are more twists and turns in this story than it is easy to summarise here, but I would recommend Cronin’s work as well-written, well-documented and mercifully concise!
Although it covers some similar ground, I would also recommend reading John Newsinger’s telling critique of the British Labour Party and Zionism, available here.