Worse Than You Think 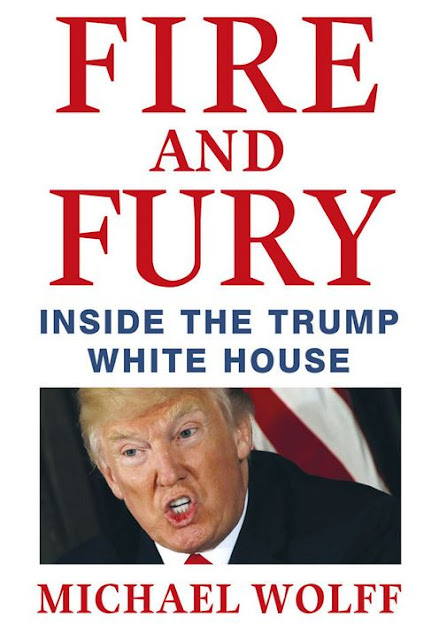 This book is fun to read and a best seller. Everyone loves a gossipy book about someone they dislike. Fluently written, although not well written, it is built mainly on interviews with those in and around the Trump White House. Wolff takes us through the plots and screw-ups of this double-dealing menagerie with relish.
Much of what the book says will not be new to those following The Donald. Probably the most striking new point Wolff makes is that part of the reason for the political and administrative chaos is that Trump was not expecting to win the presidential election and become POTUS #45. The insiders on Team Trump were perfectly happy to lose, as long as the margin was not too big. Up to the last minute that was what they were betting on. Losing like that would have been a ‘victory’, especially because it would do wonders for the Trump family brand name. Winning for real would carry the risk of a closer examination of the Trump family’s finances and put all their schemes in the public spotlight.
However, Wolff’s journalistic approach does not get to grips with some fundamental issues. Wolff gives many amusing stories of Trump’s egotistical self-deception, mind-boggling inconsistencies and shameless invention of ‘facts’. Trump may think he is multi-tasking, but sitting on his bed eating a cheeseburger, watching three cable TV channels at once while making phone calls is more a signal of not being able to concentrate on anything at all. Such character traits have recently led to questions about Trump’s mental health, and also the hope in liberal quarters that this might be a means of getting him to resign. Yet these factors, while important features of his presidency, do not give the proper context for what is going on.
Trump is not the only president to have been a few sandwiches short of a picnic. In recent history, just consider Ronald Reagan and George ‘Dubya’ Bush. Or what about Barack Obama, the great black hope of liberal America, who in eight years failed to close Guantanamo Bay concentration camp and instead became drone-killer in chief, a Nobel Peace Prize winner up to his neck in covert operations? The point to recognise is that it does not matter much who is the president, the imperial machine grinds on.
Where Trump has been an anomaly is that he came from outside the political establishment. This meant that there were fewer pre-arranged ties into the networks of political force and influence, from Congressional interest groups and big business, to the CIA and the military. That Trump has been reliant upon a small group of trusted acolytes and chancers is not so unusual. That these have been made up largely from his family is more so, since with Ivanka Trump and Jared Kushner he has gone several steps beyond Bill Clinton’s promotion of Hillary. This anomalous regime has produced some embarrassments for America’s self-image. Apart from the stream of reactionary consciousness tweets, there is the border wall with Mexico, pulling out of the Paris Climate Accord and much else besides.
The question is then: how could this have happened? Of course, Wolff recognises that Trump is an outsider. But he does not dwell upon how such an outsider could win the presidency, except to review the events in the 2016 election campaign. In other words, what were the social forces behind this anomaly occurring? Wolff’s coverage of the alt-right pundit and Trump ideas man Steve Bannon notes his financial backing from the billionaire Robert Mercer, but he does not discuss why the America First, anti-immigrant, anti-Muslim, racist policies Bannon supports gained so many votes for Trump in the US electorate.
It remains uncomfortable for Trump’s critics that resurgent nationalism in an imperialist country looks so ugly when spewing unfiltered from Trump’s mouth. That is part of the reason to blame Russia for Trump’s election victory – if it was the Commies evil Russkies, then they can avoid facing the problem that a large part of the US electorate agrees with these policies.
It is depressing fact that in imperialist countries a squeeze on the economic lives of people usually results in political reaction. There may be brave dissidents and protests, but these are outweighed by mass opinion that calls upon the state to punish foreigners and any others they see as responsible for undermining their privileges. What has emerged from this cauldron of discontent is Trump, not a radical current that challenges imperialism.
For now, Trump’s sociopathic tweetarama will continue. But it is only a matter of time before the imperial machine takes back full control to limit disruption to the way US imperialism presents itself to the world, which can also have a big impact on business. In the interim, Trump’s tax cuts for the rich and for corporations are not a problem, and in late December the US Congress passed these plans.

It is going to be midly interesting to see how the ruling class get rid of him or whether they will wait until 2020 elections.

Politicians never blame people directly, so the fact millions of Americans voted for Trump is twisted into Russians have somehow interfered with the election. But on the other side of the coin we have in hard economic times people vote for cunts.

But is that what liberals find uncomforting or it is that their policies over the last 20 to 30 years have led to the nationalists mindset of the population, or is that another example of diverting blame away from the masses.

Maybe a good proportion of the masses are simply cunts and that explains the politics!