On 5 April in London, I gave a talk for the ‘Great Moving Left Show’ on the world economy and political responses to how it works. The projector was not working, so I had to conjure up some images verbally. One was of an imperialist grinding machine. Readers will have to excuse my less than expert ability to create exciting graphics, but this is shown below in the first image. It highlights how dominant global economic and political structures – the grinding machine – stop the world’s resources from benefiting humanity. Below that are copies of several slides giving the background to key features of contemporary politics.
The British Labour Party was one topic in this talk.[1] Like many other parties that (sometimes) give the impression of wanting to change things, Labour just ends up oiling the imperial machine or tinkering with it. But if you don’t want to end up in the machine’s output tube, you have to get rid of it. Destroy the power of the machine and you are more likely to get closer to achieving the output society needs from the inputs that are available.
It is difficult to capture the principal aspects of imperialism today in one simple image, or even in several. Among other things to include are the hierarchy of power, the economic and political forms of that power, and the social and political structures that legitimise the system and keep it ticking over.
The image I most often use is my own Index of Power chart, derived from data for around 200 countries and usually given showing the top 20 or so. However, although it is implicit that the big guys will have a much bigger say in running the system as a whole, it does little to map out the connections between countries.
As one way of showing connections, I made a separate table of international trade relationships for the top 20 countries. But this does not directly indicate which ones write the rules for those relationships.
Political dimensions are even trickier to summarise. It is not only that political influence reaches beyond an individual country. Also within a country there must be an allowance for the political deal between the ruling elite and the mass of people. Unless there is sustained state repression, something like a ‘deal’ has to exist in order to make the economic and social structure legitimate, or at least tolerable and able to work without continued political turmoil.
All such things change over time, but the stains of history can remain evident in contemporary life even when the circumstances that brought them about might have disappeared. For this reason, assessing the historical backdrop is critical. This is particularly so in a time when people in the richer countries react to unwelcome changes. They are informed by their political heritage. When this rests on what they think is a deserved privilege in dealing with the rest of the world, they react by demanding that their state restores the status quo ante, rather than seeing that the game is up and putting the legitimacy of the capitalist/imperialist system in question. 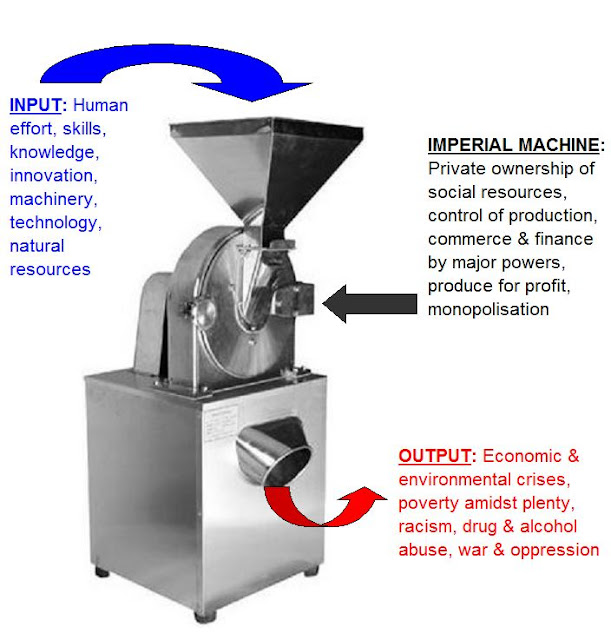 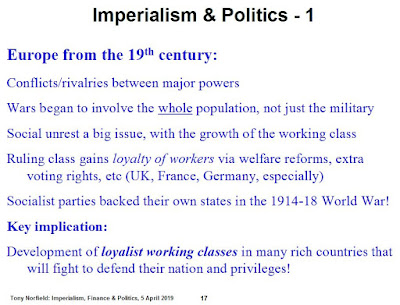 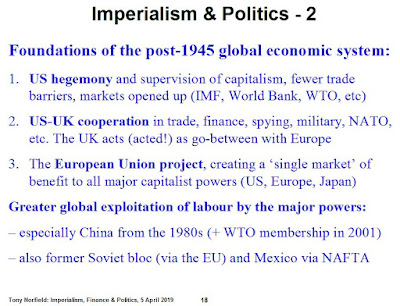 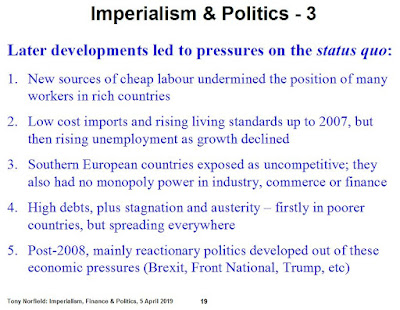 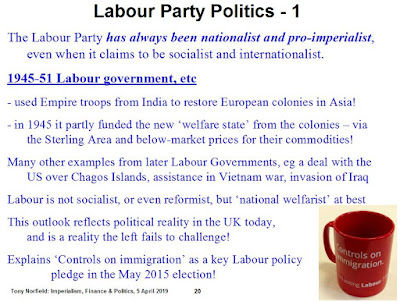 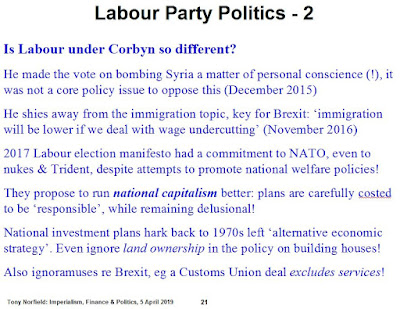 Tony Norfield, 8 April 2019
[1] I have published a number of articles on this blog about British Labour Party politics, for example here. Use the search option on the right hand side of the page and look for Labour Party, Corbyn, welfare state, colonialism, Zionism, immigration, etc.
Posted by Tony Norfield at 8:40 am