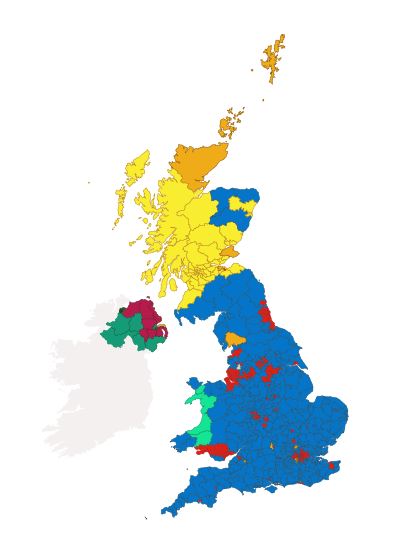 Tony Norfield, 13 December 2019
[1] The Conservative Party message was ‘Get Brexit Done’ and this gained them a large majority of seats in Parliament. The irony was that, according to a BBC report, only 48% of UK votes were for Brexit-supporting parties! But this potential anomaly was widely known, leading to many advocating tactical voting in the ‘first past the post’ UK electoral system. In Scotland, the Scottish National Party won 48 of 59 seats and was strongly against Brexit. It is worth noting the relative population and seat numbers for the UK: England 56 million people and 533 seats; Scotland 5.4m and 59 seats, Wales 3.1m and 40 seats, Northern Ireland 1.9m and 18 seats. The General Election results are principally determined by the English vote, which this time supplied 345 of the Conservatives’ 365 seats in the 650-seat Parliament.
Posted by Tony Norfield at 9:33 am